Not One, Not Two, But Three Choices: The Story Behind June’s Multiple Birthstones 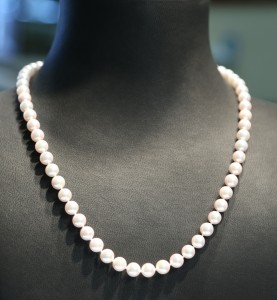 Did you know that some months have more than one birthstone?

The history of birthstones is quite an interesting one. It begins in Biblical times, where a connection was made between the twelve stones that Aaron wore on his breastplate, the twelve months of the year and the signs of the Zodiac. In the eighth and ninth century, religious treaties were created stating that those of both the Jewish and Christian faiths would own all twelve stones and would wear a different one each month. Then, just a few centuries ago, people began to wear a single stone to symbolize the month of their birth.

In 1912, the National Association of Jewelers of America met to standardize birthstones. At this time it was decided that June would have two birthstones: pearl and moonstone. This list was then expanded in 1952 by the Jewelry Industry Council of America, who added alexandrite.

The pearl is the only gemstone that comes from a living creature and is also the only gemstone that requires no polishing or altering to reveal its natural beauty. Pearls have been coveted for centuries: They were very popular in the ancient Roman Empire, and pearls were so popular in the 1500’s in Tudor England that it was known as the “Pearl Age”.  Whereas natural pearls were once the only type used to accessorize, cultured pearls (pearls grown under monitored conditions by pearl farmers) have almost entirely replaced natural pearls in the market since the 1920’s. 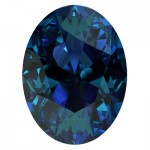 Alexandrite is a fairly modern and rare gemstone, which was discovered in Russia in 1831 and named after the Czar of the time, Alexander II. Alexandrite is made of the mineral crysoberyl and, while it appears green in daylight and fluorescent light, this changes to a redish-purple appearance when in incandescent light.

If you’re shopping for a June birthday, you’re in a lot of luck: you have not one, but three choices of stones to pick from. Should you need advice on which way to go, feel free to check out the great selection at Stones Jewelry. We’ve been in the birthday business since 1911 and will be happy to help you find the perfect gift.

Meet Our Staff: A 5 Question Interview With Tom