Mechanical vs. Quartz Movements: What Makes Your Watch Tick? 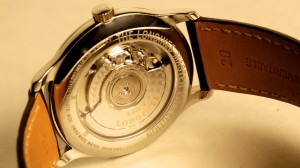 One of the most frequently asked questions we get at our watch counters is about the difference between quartz and mechanical movements. The movement of a watch is what drives the hands and can be one of the most important factors in determining the cost of a watch.

We’re going to get technical for a moment here, so please bear with us:

So what does all this mean? Outside of the fact that quartz watches will need the batteries replaced every few years, here are a few other major differences:

If you’re looking for the most accurate timepiece that never needs to be wound, then a watch with a quartz movement is likely your best bet. On the other hand, if you want a watch that can be passed down to the next generation, or if you appreciate the fine craftsmanship that it takes to build a traditional timepiece, a mechanical movement might be right for you.

At Stones Jewelry, many of our entry-level luxury watches use quartz movements, including Pulsar, Seiko, and ESQ. Hamilton, Longines and Ebel offer a few quartz watches, but the majority of these lines consist of mechanical movements.

Got more questions about what makes a watch tick? Feel free to stop by our store, or contact us at anytime.

Meet Our Staff: A 5 Question Interview With Jackie